4 Anti-Inflammatory Spices You Need to Know About 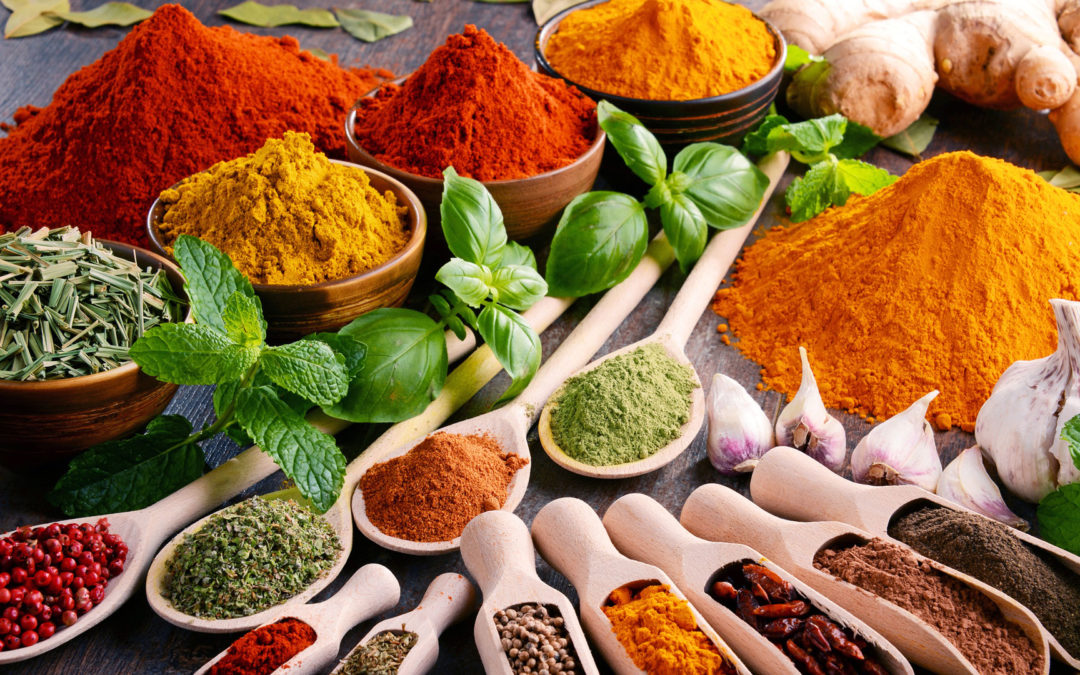 Inflammation is a common physiological reaction to when something isn’t right in the body. It’s basically the body’s defense mechanism that happens when the body recognizes harmful stimuli, with the inflammation a sign that the body is working to heal itself. It’s most often a symptom associated with arthritis and other chronic conditions, but it’s the same body function that causes your throat to get sore and scratchy when you get a cold or the flu.

When a person feels the effects of inflammation—soreness, swelling, and outright pain—it’s common to reach for a non-steroid anti-inflammatory drugs (NSAID) such as ibuprofen. However, taking these drugs on a regular basis can actually cause long-term damage and increase risks of heart disease.

Also sometimes called curcumin, turmeric is one of the top spices to use to help you reduce inflammation. It’s nothing new and has been used as medicine for thousands of years. Its yellow color is most often associated with curries, and its health benefits are numerous. Not only is it a strong anti-inflammatory, but some studies have found links with improved brain function, reduced risk of heart disease, and even fighting Alzheimer’s.

Despite its association with curry, you might be interested to learn that there are a variety of uses for this wonder-spice, including:

Ginger has been used in human cuisine and medicine for more than 5,000 years. Ginger is well-known for its positive effects on your digestive tract, but it’s also a versatile spice that can add a real zest to any dish. Some ideas include:

Cinnamon is one of the key spices in the nebulous “pumpkin spice” category. It has a number of proven health benefits, including lowering blood sugar levels, fighting inflammation, and even lowering cholesterol.

Best of all, it’s incredibly versatile and can be used in a variety of ways, including:

Salt and pepper are a staple of cooking nearly everywhere, but black pepper in particular has been found to have a significant effect on inflammation. It’s also known for having anti-bacterial and antioxidant properties. And, of course, you can put black pepper on nearly anything.

Pain Should Never Be Ignored. We Can Help.

Schedule an appointment with one of our medical specialists so we can assess your challenges and present all available options. Call us in Maryland at 301-703-8767, 724-603-3560 in Pennsylvania, or 540-433-1905 in Virginia to make an appointment or use the form on our site to send us a message.